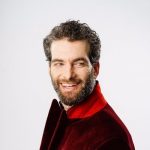 Dan Antopolski is an award-winning comedian and comic actor.

Dan recently had a role in feature film Paddington 2, with previous acting and TV credits include I Live with Models (Comedy Central), Time Gentlemen Please (Sky1), feature film The Da Vinci Code, The Stand-up Show (BBC1), The World Comedy Tour (Comedy Central) and regular role, Jeffers, in Hyperdrive (BBC2). He has also appeared regularly on CBBC; he was the title character in The Dare Devil and a panellist on The Dog Ate My Homework.

In 2017 Dan returned to the Edinburgh Festival with a brand new stand up show after a 7 year hiatus. The Return of the Dan Antopolski received fantastic reviews, including **** from The Sunday Times and The List, and a spot in The Guardian’s ‘Top 10 Jokes of the Fringe’. For his previous shows Dan has received Perrier Award Nominations both for Best Newcomer and Best Show. He also won the BBC New Comedy Award and in 2009 he won the Dave Best Joke Award. He has performed at the biggest international comedy festivals with appearances at Montreal, Melbourne and New York.

During his break from stand-up, Dan performed with critically acclaimed sketch group Jigsaw, alongside Tom Craine and Nat Luurtsema.  They enjoyed sell-out runs at the Edinburgh Festival, headlined Sketchorama (BBC Radio 4), were series regulars on Live At The Electric (BBC3), and recorded two series of their own show, Jigsaw, for BBC Radio 4. 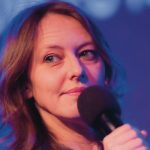 Rosie Wilby is an award-winning comedian who has appeared many times on BBC Radio 4 programmes including Woman’s Hour, Loose Ends, The Human Zoo and Four Thought, at major festivals including Latitude and Glastonbury and in the finals of several major comedy competitions.

Her first book Is Monogamy Dead? was shortlisted for the Diva Literary Awards 2017, longlisted for the Polari First Book Prize 2018 and followed her TEDx talk of the same name.

Her trilogy of solo shows investigating love and relationships began with The Science of Sex, which has been performed all over the UK, in New York, Los Angeles, Sydney and Berlin, and ended with The Conscious Uncoupling, which toured to venues including London’s Southbank Centre and was shortlisted for Funny Women Best Show.

Rosie also presents The Breakup Monologues podcast, which has been recommended by Chortle, The Observer, Metro and Time Out, writes for publications including The Guardian, Sunday Times and New Statesman and appears as a commentator on sexuality, dating and love on TV programmes including Good Morning Britain, radio shows including LBC’s Lucy Beresford on Sex and Relationships and podcasts including The Guilty Feminist. 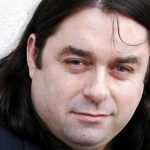 Recognisable from BBC Three’s We Are Klang, David Ward is one of comedy’s most sought after presenters, writers and comedians. David’s upbeat warmth and spontaneity has made him the choice host for the heats for both BBC’s New Comedy Awards and C5’s So You Think You’re Funny?

Very much in demand, David Ward is a friendly, upbeat comic with a cynicism that gives his comedy a unique gentle bite. Fluid, quick thinking and with an original take on life. David is a regular at all of the major comedy clubs including: Comedy Store, Glee, Lee Hurst’s Backyard, Screaming Blue Murder, Kings Head, Headliners, Ha Bloody Ha, Just The Tonic, Buzz Club, The Stand, Amused Moose and The Frog and Bucket. 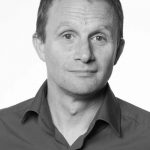 Howard Smith’s career started 20 years ago fronting thrash metal band Acid Reign which saw him head banging around the world as a fresh faced teenager. (A group which has recently re-formed and Howard is again touring as front man around the UK).

Since then 10 years of stand up and character comedy have seen him develop his frontman skills into one of the hottest compere’s working today. His ability to work with any crowd in any room is a rare gift and his diminutive frame belies an awesome stage presence as an MC with wit, charm and unstoppable energy look no further.

Keith can also be seen performing as “Keith Platt  – Professional Yorkshireman”: The man with a plan, a Yorkshire sized plan. 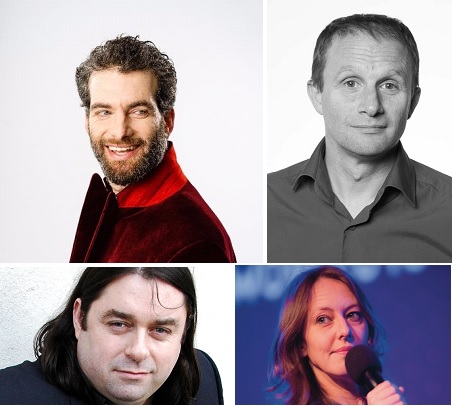